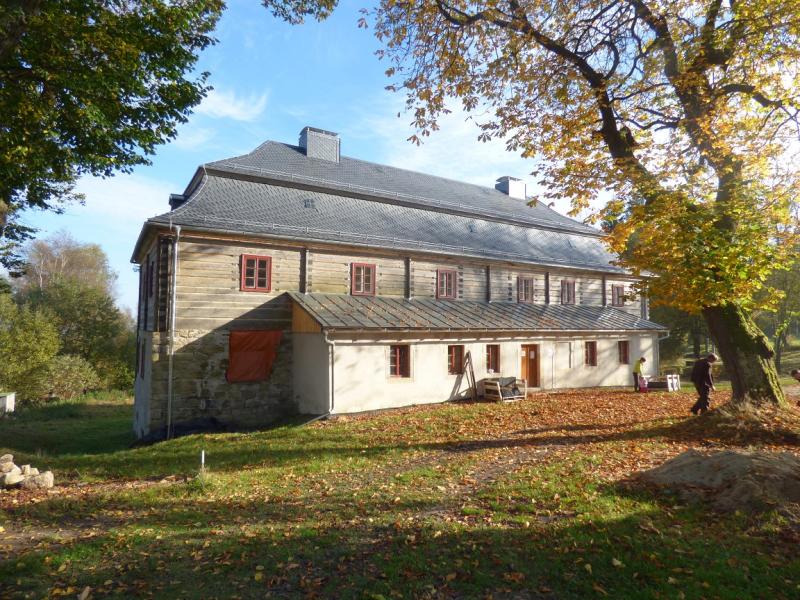 Johann Josef Antonius Eleazar Kittel (1704 - 1783) was a famous doctor from the village Krásná*) in the Jizera Mountains. His unusual healing skills, willingness to help the poor and big fortune made him a reputation of having a deal with the Devil himself.

He was said to fly to his patients on a magic coat and use magic books to control ravens.There were a dissecting room, human skeletons, a greenhouse with precious herbs and a water spa in his huge and mysterious house called Burk.

When he was older, in order to save his soul, Kittel paid the construction of a school, a well with healing water, a rectory and a church.

*) Today Krásná is a part of the village Pěnčín, 5km southwards from Jablonec nad Nisou.

In August 2019, Kittel's House, called Burk, opens in Pěnčín in the village Krásná. It is one of the largest timbered houses in Bohemia from the mid-18th century, which in the past threatened total destruction. Fortunately, its recovery was successful. An exhibition of the original Kittel Museum, which was run by Kitl company and was closed by the autumn of 2018, should also be moved to Burk's premises.